Theresa Onuora or Theresa Onuorah is popularly known as Queen of the Coast and the Egedege Dance goddess of Unubi. Her Ogene music and Egedege dancing troop was popular in the East during the 80s and 90s.

Her music can be classified as highlife music but she is unique for her Ogene melody, the ancient melodious voice, and the stylish Egedege dance. Egedege is just a form of dance that combines with embellishments of highlife sounds or beats.

Sometimes ago, someone asked me the meaning of Egedege dance. I couldn’t find a set answer for that. All I told her was that Egedede is a type of ogene dance with a unique dance steps, moves and attires.

I mean, when you see Egedege dancers, they are different from Atulogwu dancers or Makosa dancers. Egedege is a type of traditional ogene dance steps. How old is Queen Theresa Onuora? Theresa Onuorah’s age is officially unknown. But judging from her appearance and her age mates, she is in her 60s.

Theresa Onuorah has a special dancing costume for herself different from that of her Egedege dancers. She wears beautifully made Egedede clothes of flamboyant colors and shines. Her attires were made of tiny mirrors. These mirrors are present in her ‘akupe egwu‘ (a well-decorated hand fan). Also, on her head are adorned with a crown made of feathers of many colors and mirrors.

She is always beams with smiles as she makes the move of the Queen while she performs. As in the 80s and 90s, photographers were not able to capture Theresa Onuorah’s face as she performed or so we were made to believe.

They said, her river power power blur her face so that even if it was captured, you would only see her body but not her face.

Meanwhile, that was then. With the emergence and the proliferation of the Android camera phones, children of nowadays can capture her face just as they like, even at a far distance. ‘marine face kor ni’.

Recently, Theresa Onuora was featured in a song by Larry Gaaga alongside Flavour n’abania and Phyno. 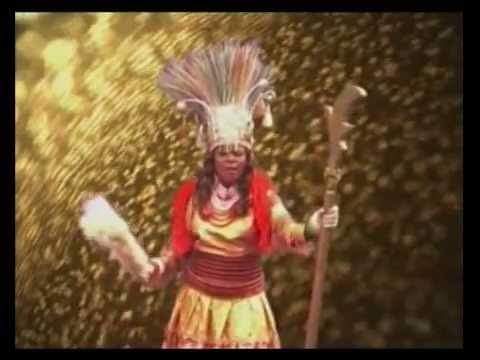 All these towns are in Nnewi South.

She also has old records sold in her name. The net worth of the Egedege goddess of Unubi should be around $25,000.